Bali (Lampost.co)--The major event that is the G20 international summit is now officially under way in Bali, the Island of the Gods. The people of Indonesia are rightfully proud of this opportunity to host the G20 summit, a rare moment that would likely only happen once every twenty years. More importantly, the occasion also marks Indonesia’s first opportunity to hold the office of G20 Presidency.

It all began when Indonesia took over the G20 Presidency from Italy. The office was handed over at the closing session of the Rome G20 summit in La Nuvola, Rome, Italy, on October 31, 2021. At the ceremony, Italian Prime Minister Mario Draghi transferred the office directly to Indonesian President Joko Widodo.

“We will welcome Your Excellencies to an outdoor feast on the beautiful expanse of Balinese beaches, which will inspire innovative ideas for future G20 productivity,” President Joko Widodo had promised on the occasion.

As host, Indonesia will welcome international guests from 19 countries and the European Union.

Established in 1999, G20 or Group of Twenty represents a multilateral cooperation forum on global issues, particularly on economic matters such as financial stability, trade, policy and sustainability.

The forum represents 60% of the world’s population, 75% of the global trade, and 80% of the world’s GDP working together to find solutions for global economic problems. The numbers are indications of G20’s importance as an international forum grappling with global issues.

In its one year of presidency, Indonesia has sought to focus on G20 three main pillars, namely promoting productivity, developing resilience and stability, and ensuring sustainable and inclusive growth.

Guided by these three pillars, Indonesia has maximized its efforts on a number of national issues including providing fair access to COVID-19 vaccine and development of sustainable and inclusive economy through the participation of small and medium enterprises (SME) and digital economy.

The efforts are a reflection of the three priority issues to be discussed in the G20 summit: global health architecture, digital transformation, and sustainable energy transition.

Hosting the G20 summit has significant benefits not only for Indonesia as a country, but its people in general. For instance, the G20 summit offers the advantage of strategic forums to discuss global issues such as health, financial stability, and climate change.

G20 is also an opportunity for Indonesia to showcase its economic recovery from the COVID-19 pandemic and the country’s leadership capabilities in the summit’s efforts to design global economic recovery policies, which in turn will have a positive impact on Indonesian economy, as well as in helping to shape various global policies.

Indonesia’s G20 Presidency has resulted in various positive economic impacts. This is evident in the 1.7 trillion rupiah increase in domestic consumption, the 7.4 trillion rupiah contribution to the country’s GDP, the 33,000 workforce involved, and the creation of some 700,000 new job opportunities.

In addition, according to Minister of Finance Sri Mulyani Indrawati, the economic growth will create ripple effects in state revenues, tax revenues, customs and excise, as well as non-tax revenues. After all, as the global economy recovers, commodity trading will increase, leading to rising exports.

Indonesia’s tourism industry has obviously benefited as the country hosts the G20 summit. The event has expanded the country’s foreign exchange income by boosting national tourism, as an estimated 1.8 million to 3.6 million tourists, including delegates from the G20 countries, are expected to arrive in Indonesia.

This development will have a significant impact on SME growth, creative economy, as well as the accommodation, transportation and hospitality industry.

Indonesia’s culinary and cultural scene will also enjoy an advantage, since G20 delegates are expected to visit various regions to get to know the local traditions, culture and cuisine.

Indonesia is in position to steer and fine tune the G20 discussions to result in positive outcomes for the country’s economic recovery.

The G20 summit gives Indonesia the opportunity to demonstrate its leadership qualities and accomplishments in pandemic mitigation as well as in regaining domestic and international trust in the country’s economy.

The occasion puts Indonesia under the world’s spotlights, particularly for the business and financial sectors.

Another short-term advantage of the G20 summit is the chance to introduce Indonesia’s tourism and featured products to the world, in hopes for further accelerating the national economy.

As for the medium-term advantage, the G20 Presidency is expected to help Indonesia with structural reform, through the implementation of the 2020 law on job creation and sovereign wealth funds.

The Indonesian Minister of Finance stated that the G20 summit has contributed approximately seven trillion rupiah worth of job opportunities from its 157 scheduled meetings.In addition to the workforce, Indonesia’s tourism industry also stands to benefit from the country’s G20 presidency.

Throughout the G20 presidency, Indonesia has the opportunity to promote its tourism industry and SME products to the world, paving the way to a revival of the nation’s economy.

The G20 summit also presents an opportunity to invite international support and strengthen global commitment in supporting the Indonesian economy, particularly in terms of SME financing.In the long run, the G20 Presidency may serve to solidify international recognition of Indonesia as one of the biggest world’s economies, with the potentials for representing other developing countries.

Beyond its impact on Indonesia, G20 offers an opportunity to adjust its agenda to support and promote economic recovery in other countries in the world.

Chance for Bali to shine

Bali, also known as the Island of the Gods, has long been a popular site for summits of world’s leaders. G20’s 17th summit under Indonesian presidency offers the island of a thousand temples to showcase all of its potentials, demonstrating its inclusivity, productivity and daily activities that have long drawn visitors to the island.

The fact that nearly all of the island’s population have been vaccinated and proper adherence to health protocols are other primary reasons for choosing Bali as the main venue of the G20 summit under Indonesian presidency.

The delegates of the G20 countries have also been introduced to the variety of Indonesian culture and cuisine. On an excursion to the Karangrejo Resort Village in Magelang, Central Java, for instance, the delegates were taken on horse-drawn andong to the location, where they learned the art of batik using the wax-stylus canting and tried their hands on playing the traditional percussive instruments gamelan.

On another excursion to Gianyar, Karangasem, and Uluwatu in Bali, the delegates were introduced to the concepts of Tri Hita Karana (three harmonious relations) and Samsara (the cycle of suffering and rebirth) as the life lessons garnered from the teachings of Balinese Hindu.

The delegates also got the chance to watch the Kecak Dance at the Uluwatu Temple in Badung District.On another occasion, they were offered Indovedic tea, a concoction of signature Indonesian herbs and spices prepared using ayurvedic technique.

During the Trade, Investment, and Industry Working Group (TIIWG) in Surakarta, Central Java, the G20 delegates were invited to explore the Surakarta Culinary Festival which featured an exhibition of SME products from various regions, with a side show of local cultural performances and traditional cuisine, a complete package of the Indonesian archipelago. * 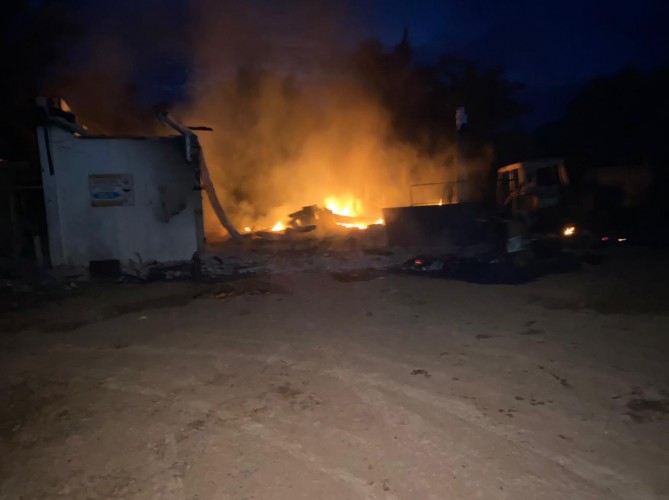 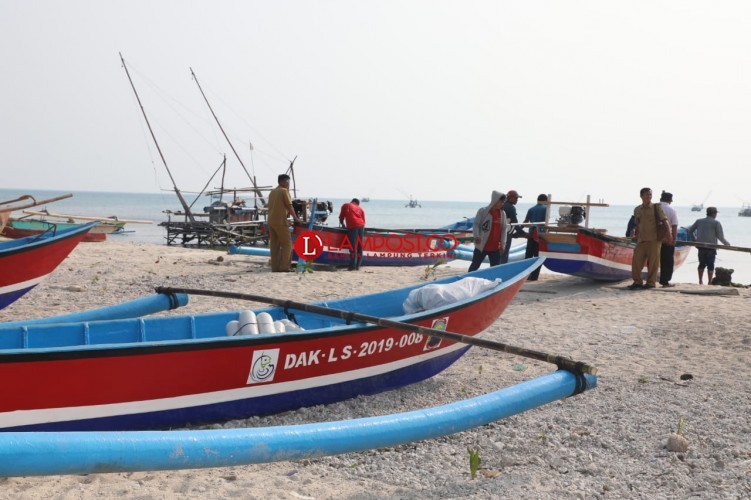 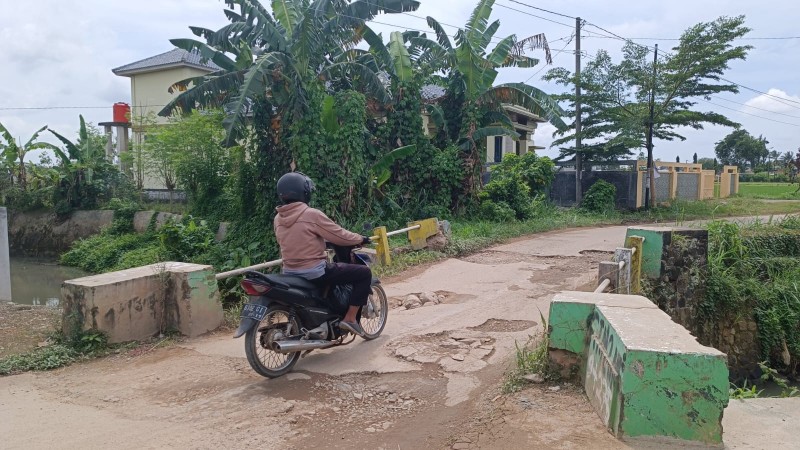 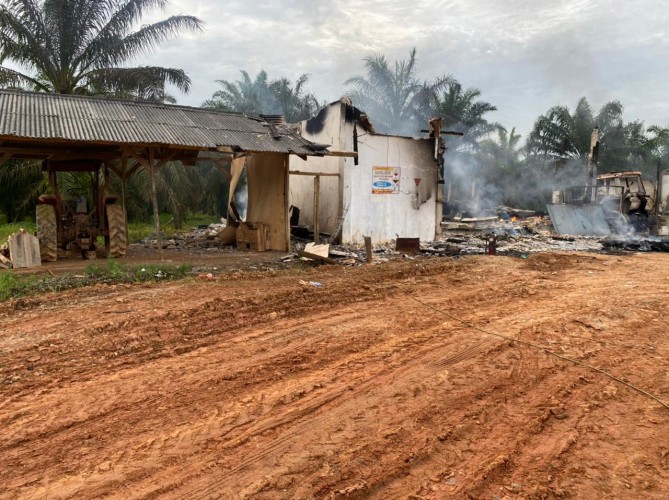